Ms. B studies technology integration for Digteen on PhotoPeach 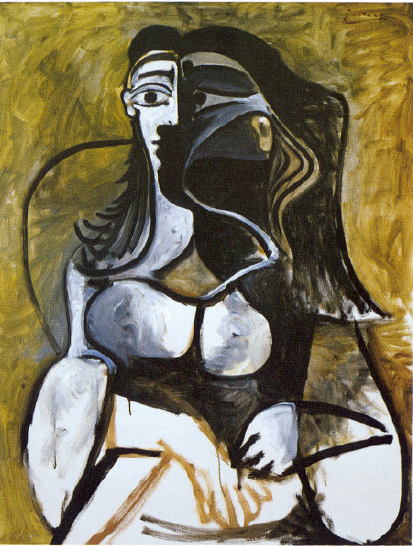 In this picture by Picasso, I can easily see 2 sides of a woman.

To me this picture is a portrait about the complexities of people.  The artist showed 2 different aspects of the same person.

One side is straightforward, while the other side is hidden and shy

Ms. B’s “Up From Slavery” vid on PhotoPeach

I agree with Booker T. Washington’s statement, “You can’t hold a man down without staying down with him.”  The belief is that a man can’t dominate another without giving up some of his personal freedoms.  How can a man be superior and keep others down AND still flourish and succeed in life?  It can’t be done.  In order for me to maintain control of others, I must focus my attention on that task and not on the task of bettering myself.

In “Up From Slavery,” Booker T. Washington states that the white man has hurt himself just as much as he hurt the slaves by enslaving them.  The slave owner became dependent upon the free labor provided by the slaves and was unable to care for himself when the time came.  When slavery was over, there were many people who failed because they were not able to work the land with the same skill and efficiency of their slave counterparts.

Some people born into difficult conditions take something positive from their circumstances by acquiring valuable traits or learning important lessons. Booker T. Washington is one such person. In his autobiography, Up from Slavery, Booker narrates how he emerged from his difficult background with three powerful characteristics: humility, self-reliance, and compassion.

One valuable characteristic Booker demonstrates is that of humility. Booker wasn’t as fortunate as other kids. He yearned to go to school, but he never got a chance to go with the other children. Because of Booker being born into slavery, he wasn’t treated like the white children, but he never seemed to let that get him down. Whenever he was humiliated it built him up and made him stronger, not letting what other people think of him hurt his feelings. Then whenever he did succeed, he never bragged or rubbed it in people’s faces.

Another valuable trait is that of self-reliance. Throughout the years, he did everything himself, and that’s why he succeeded at his work. Unlike most people, whatever he had to do, he did it. He had a successful life because of self reliance. Most people would be lazy, and never want to rely on themselves, but Booker was different. His goals in life pushed him forward to keep going and not ask for help of others. 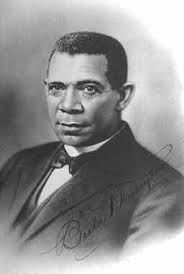 The last, and perhaps most positive, characteristic is compassion. Booker loved everyone, regardless of the color of their skin. He had been through so much, yet he never took it out on anyone. He understood peoples sorrow, and they were comforted. Just because he had a tough childhood, he never blamed it on anyone. He just wanted everyone to be happy, and to love life.

Booker T. Washington, as described in Up from Slavery, did not become bitter over his lot in life but instead learned humility, self-reliance, and compassion. As a result, he was able to accomplish much, and his life story has been an inspiration to many people of all races in the world.